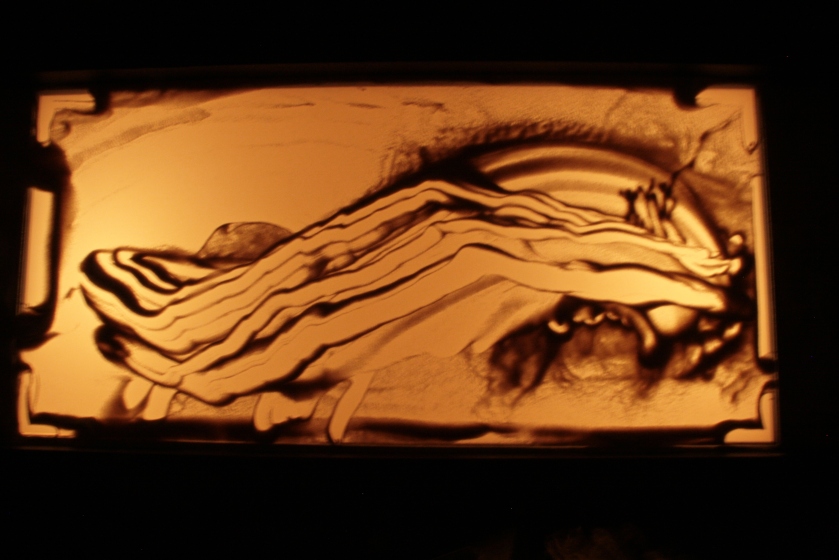 Maldivian artist Afzal Shaafiu Hasan has brought his island country’s traditions to all his art – his paintings, sketches, and even to the national postage stamps he’s designed.  But its his most recent medium that’s made him a sensation.  It seems only fitting that he should use sand – the fine white sand of the famous  tourist resorts that most people know the Maldives from – to express the beauty and pain surrounding his people.

Sand activist
When the democratically elected president Nasheed was ousted during a Coup on the 7th of February, people took to the streets protesting against the new regime. The images of the police lashing out at the protesters are engraved on the collective memory of Maldivians though largely unknown to the rest of the world.

The slide show below is an illustration of the captivating performance art that Hasan creates with nothing more than light, shadows and sand, conjuring an eerily lifelike rendition of the violence that wracked his people during the coup.  He named the piece Baton Day.