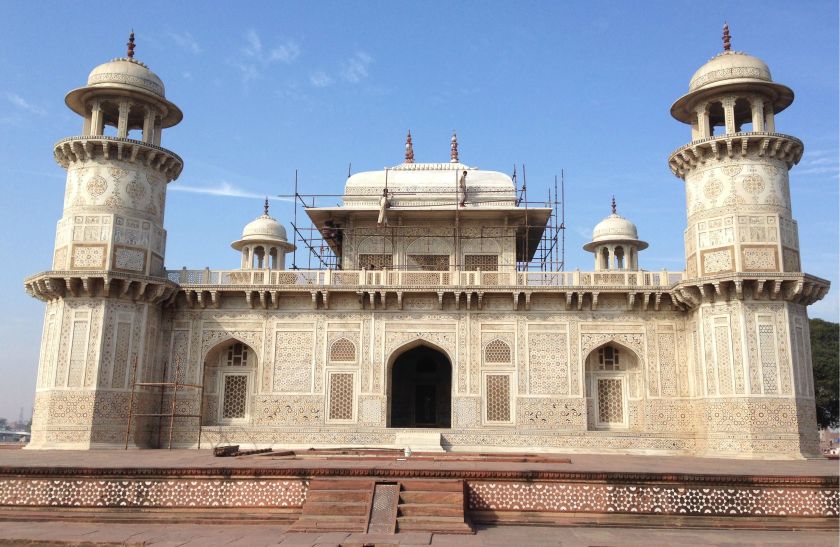 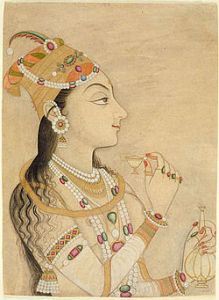 It’s a little chilly up on the roof, but I’m still hopeful that the sun will soon come up soon to warm me and light up the mesmerizing sight in front of me. Unfortunately it’s a typical December morning in Agra. The air is filled with a mixture of pollution and dense fog. I’m still cold. Even after I waited for about an hour, the reason I’m out on the roof before sunset, the Taj Mahal, doesn’t bath in light as I expected it would.

My hotel is located a few hundred meters away from the Taj’s West gate. In the quiet darkness people, mostly foreigners have been lining up to enter the premises. I hear them talking about how to run as fast as they can and beat the others – probably mostly foreigners too – waiting at the other gate. Seeing the sunrise from behind the Taj Mahal while sitting on the white marble little bench in front of it that’s what they want. The bench Princess Diana famously sat on, without her husband, I hear them explain to each other.

I’m not in the mood to pay the 750 rupees entrée fee for the Taj Mahal. I’ve seen it twice before and it’s not why I have come to Agra this time. I’m fine on the rooftop of my hotel, trying to discover the outlining of the monument of love through the haze. 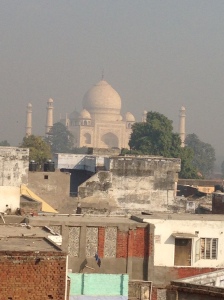 The Taj Mahal through the haze from the hotel roof top.

For most tourists, like myself when I first came here in 2006, it’s about seeing the tomb of Mumtaz Mahal. But as I learned more about the Mugal Empire in India, it wasn’t Mumtaz that made me want to come back to Agra. Her aunt Nur Jehan has let a life far more facinating, but it is the death of Mumtaz Mahal that will always form the centre of Agra unfortunately.

Nur Jahan – meaning light of the world – is one of the most powerful female figures the world has seen. She became the 18th ( or 20th I’m reading different accounts on this) of Jahangir, but no wives followed after her. While her husband grew more entangled in his love for alcohol and opium she began to rule his empire. What made her path to power even more remarkable is that women in the Mugal court where made to observe Purdah – cover their faces – Nur Jahan didn’t let that stop her from turning Agra in to the booming commercial hotspot of it’s time.

Apart from being a fierce leader, she is described as a lady with class. Who could speak multiple languages and had an eye for design. It was Nur Jahan’s tomb for her father that inspired the design of the tomb that her stepson Shah Jahan build; the Taj Mahal

Rickshaw drivers who eagerly push you to do a day tour with them, referrer to the monument today as the ‘Baby Taj Mahal’.Like the Taj Mahal gave birth to a smaller version, when really it’s the other way around.

Nur Jahan’s taste for design was the inspiration for the mausoleum of Mumtaz. The pietra dura inlay work of semi-gemstones in to white marble was never seen before, until Nur Jahan commissioned her fathers tomb. He was the Lord High Treasurer of the Jehangir empire, his title gives the name to the tomb.

So instead of waiting in line for the Taj Mahal, I decided to visit the I’timad-ud-Daulah tomb on the other side of the Yamuna river. Both Nur Jahan’s father and mother are laid to rest here. 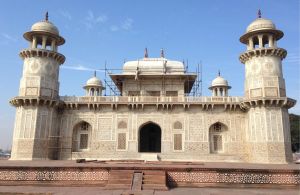 The first thing you might notice when you enter the site is the most obvious feature that makes this structure different from the Taj Mahal. It doesn’t have the dome on top. I don’t actually think it looks like the Taj Mahal from a far. Only when you get closer you’ll see that the inlay work is – from what I remember – strikingly the same.

Another difference is the lack of tourists. What has always grabbed me about the Taj Mahal is the serenity of the whole structure. But I always wish there where less tourists fighting over a good spot for the perfect photo opportunity. Imagine the incredible atmosphere the Taj Mahal would have if you were able to walk through the gardens on your own. Here I find that the structure itself has the same serenity that the Taj Mahal exhumes. As an added bonus there are only about twenty of us taking in the different sides of the I’timad-ud-Daulah tomb. I was even able to take some pictures without any people in it. 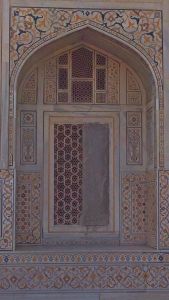 Because it is smaller in size it felt more intimate to me. It’s not a grand pompous monument. It doesn’t show of the ego of the person behind its construction. It’s just a humble ode to the family members that it is now a home to. I could spend hours gazing at the beautiful inlay work, running my fingers over the cool white marble.

Unlike the Taj Mahal where it’s not allowed, here I see people comfortably lounging on the surrounding lawns. It’s mid-day now and it’s the perfect temperature to just sit and take in the beauty of it all. I decide to stay of the lawns anyway and walk over to the far end of the gardens where the river meets its walls. I stare at the Yamuna and wonder if it would have been this dirty in Nur Jahan’s time. Would she have allowed that to happen?

After seeing the evidence of her amazing eye for detail and design, I want to know more about her life. I ask my rickshaw driver if there is more to discover in Agra about Nur Jahan. Sadly there isn’t. A great woman like her deserves more.

I’ve been reading about how Agra struggles with the legacy of the Taj Mahal. It’s hard for the tourism industry here to make people stay and spend more time in the city. A quick day trip is what most tourists do. If they could only stay a bit longer, spend more of their money in the local restaurants and bars. But realistically, at the moment, there is hardly anything to keep you here longer than a day or two.

Why not a Nur Jahan museum? It would be an opportunity to give her the rightful place in history she deserves.